What Is Software Testing?

So, finally we come to the main topic that is software testing itself. You have already understood the meaning of software testing and why it is important while going through the previous sections. Here, from this section onwards we will take an in-depth look at the subject, but before we move on let’s just revise the definition of software testing.

Software testing is nothing but the process of assessing the functionality of software to ensure that it is in line with the requirements of the customer. Testing is broadly classified into: 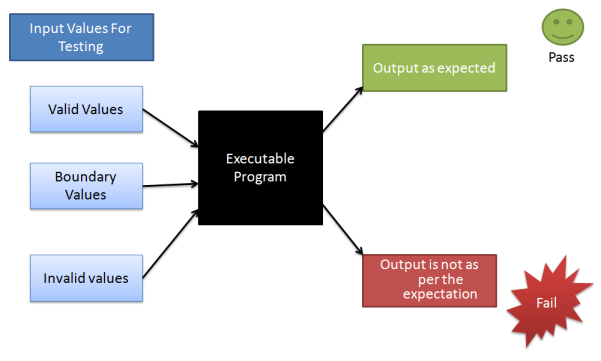 Unlike black box testing, white box testing is carried out in depth to the level of the source code. In this form of testing the internal logic, its implementation and working is examined and the test cases are written to check the how the software is working at the internal level. White box testing can be carried out at the level of unit, integration and system level. White box testing is often used to detect internal design errors which are otherwise very difficult to uncover however, this form of testing does not check for missing requirements or specifications. 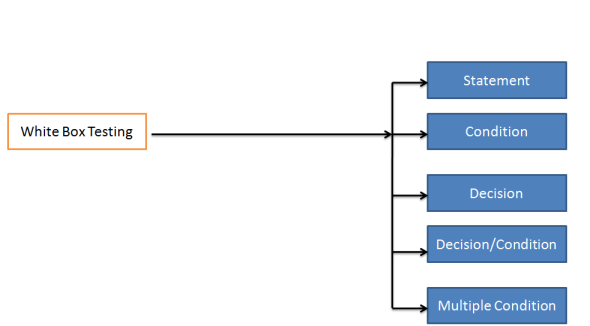 The point to be noted here is that every statement is executed once which means that there may be some conditions in some blocks that may not get tested in this manner. Therefore there is a possibility that some errors may go undetected in statement coverage process.

Decision coverage or branch coverage deals with testing of all true and false conditions of the code. The reason why it is also called branch coverage is because a branch is an outcome of decision. It is considered to be a more effective form of testing than simple statement coverage. A decision statement can be:

The good thing about decision coverage is that you are able to validate all branches in the code and it is able to check the efficiency of the code in a better manner than statement coverage approach.

As the name suggests decision/condition coverage methodology includes testing all decisions and all the logical conditions with all possible scenarios that can generate a true or false outcome. It is considered to be a very strong way of testing software.

Similarly, for 3 expressions there will be 8 combinations of conditions.